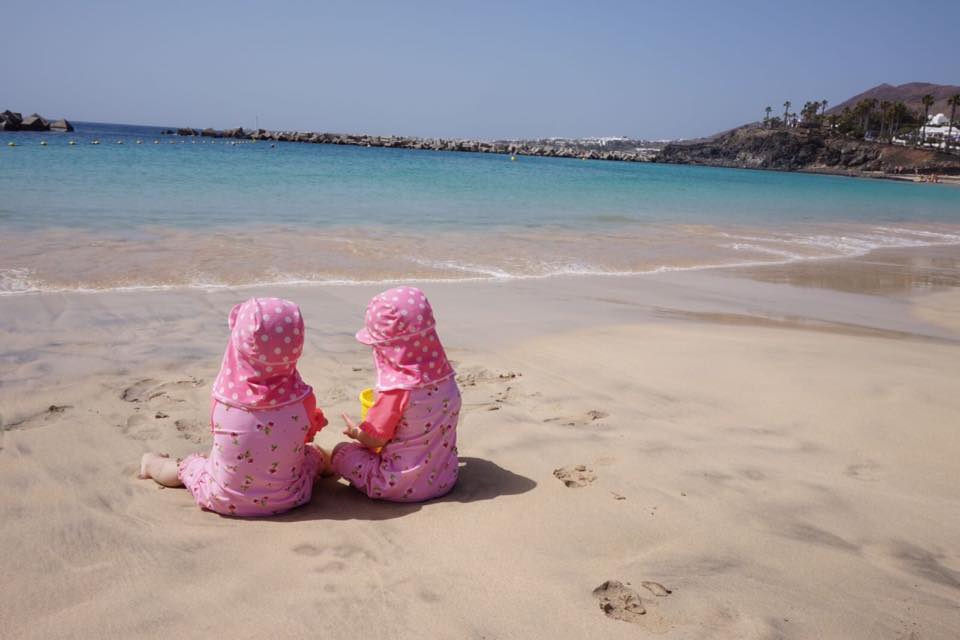 Flying with Twins Under 2

We were in desperate need of a holiday but asked ourselves time and time again whether we were ready to brave our first flight with twins under the age of two but whilst they still travelled ‘free’, we were silly not to give it a go.  We did however, take the grandparents! Taking twins abroad isn’t just a big deal, no it’s a massive deal. We can’t leave the house for a day without taking the kitchen sink with us. How on earth are we going to survive abroad. Quite simply, you will, and we did. It was actually fun and so exhilarating to see the sun! I knew we would be ok when we got there. I was just apprehensive about the flight. Two 18 month old babies. Two wrigglers. Two babies who only slept in their cots. I feared this was going to be the worst 4 hours of my life. So my preparations began, they worked, and they saved me.

Like a lot of you reading this, I was terrified about taking the twins on a plane. The girls would be 18 months and on the move. How will they sit still for such a long time? How will they not be a pain? What will we do with them? What will people think? And I think a lot of our worry comes down to that – What WILL people think?

Our flight was at 10.30am so a fairly good time for us. It would be an early start but the girls would be ready for a nap by the time we got to the plane. It did however, mean that the girls were fairly grumpy in the airport. This made me even more nervous about the flight but I needn’t have worried. Barring one incident of a leakage during take-off, it wasn’t a bad flight as flights with children go.

If you are flying with toddlers under 2, you will be travelling with them on your lap. This means that you are not allowed to sit directly next to your partner so you need to prepare for this. You will need to check with the airline you are travelling with but the general rule is you can sit across the aisle, or behind one another. This is because of their only being 1 extra air mask per row for the infant.

Another tip is not to rush to actually get on the plane. Once you are on there, you can’t get off, so sitting there for that extra half an hour whilst everyone else gets on might as well be spent allowing your little ones run about whilst they can!

The flight wasn’t nearly as bad as I thought it would be. In fact it went very smoothly. I was very well organised and well planned. So how did we survive? I wrote a list; I love a list. Lists for packing (Yes, you can see that here!), Lists for the hospital (Yes, we have that too) oh and lists for a newborn (we have the ultimate guide for newborns!) This list below is all that you need to take to keep toddlers amused on board a plane (with twins in mind!). So with this in mind with 2 under 2’s, here’s how we got through our flight.

To start with I packed two bags – his bag and her bag. My first piece of advice is to tell your husband that the bag you have packed for him is to keep his toddler amused and it is not to be placed in the overhead locker and that it is a bag to save him!

Gone are the days when you get room around your feet daddy!

In each bag I packed…

Typical, just aboard the plane and about to take off, then this happened… Tabitha’s nappy leaks. Their nappies have never leaked, why now. Just wee thankfully but we were both soaked. I was so thankful for the spare clothes! Some people suggested that we wrap new toys up but we ran out of time!

This was a great find. The SkyBaby travel mattress is specially designed to make travelling with a baby more easy on an aeroplane.  This unique product is a comfortable alternative to having your baby sleep on your lap or on a long haul flight in an airline bassinet. Designed to work with the airline infant belt. The twins slept for an hour and a half in these and we were all very comfortable.

This is obviously a must. Whether you have one toddler or three. The question with more than one is do you take 2 singles, or a double. In my own experience, I’d 100% say go for a double. It means that only one of you has to push it, and the other has both hands for bags or reins. We bought a cheap second hand umbrella style buggy which worked well and bought a travel bag for it. This was great as we packed this full of the girl’s nappies and wipes and it wasn’t included in our allowance!! Despite the difficulties of keeping your small children from doing a dance on the last nerve of every passenger on board, don’t let the possibilities of a few difficult hours on a plane stop you from taking the opportunity to get away on the well-deserved holiday. Even if your children are still very young, the memories and the experiences are worth it. Happily, you will probably never see your fellow air passengers again, so whatever happens, don’t stress too much when one of your babies poops and stinks the plane out or when both of your over-tired toddlers throw back to back tantrums because you won’t let them eat the roll or play with the wine bottle on your sleeping neighbour’s tray. Just do your best to keep them happy, smile loads at scowling passengers, and treat yourself to a big-ass glass of champagne when you get to an airport. It’ll all be over in a few hours.

If you have any must haves for the flight, please do share them with us!

Have a wonderful Holiday – We did!!

PS – Taking Grandparents are a God-send too!!! 😉

4 thoughts on “Flying with Twins Under 2” 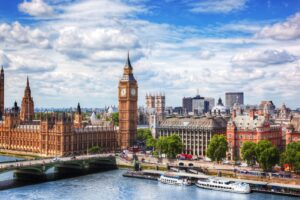 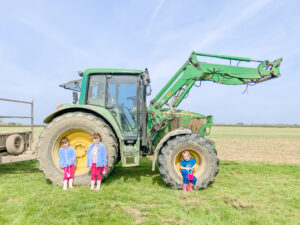 Glamping in Bedfordshire with Feather Down at New Barn Farm 2022 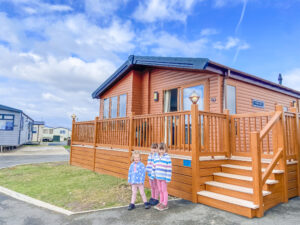 Away Resorts Golden Sands Rhyl: A Review by Twins and Travels 2022 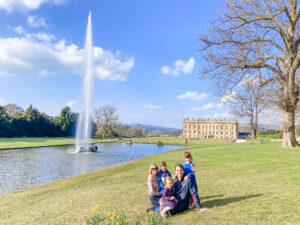 Visiting the Stunning Chatsworth House, Gardens and Farm with Kids in 2022 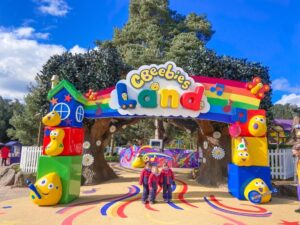